Hello! We are having on and off rain the past few days, which is putting a damper on painting my 6 1/2 feet tall shelves. Doesn’t Mother Nature know I need to get my DIY on? But I do have updates in the backyard and pics of the completed flagstone patio.

As a reminder, this patio and edging were done by the professionals in September 2012. And I haven’t gotten my act together to show you until now, I know! I’m trying to get better at that 🙂

Our backyard makeover started with us taking down the old ugly, falling apart deck and continued with the installation of the new flagstone patio and reclaimed brick walkway. In just a day, the side of the yard went from this, 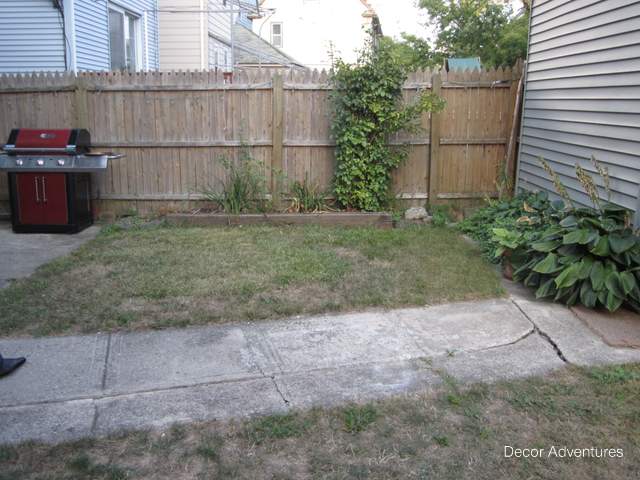 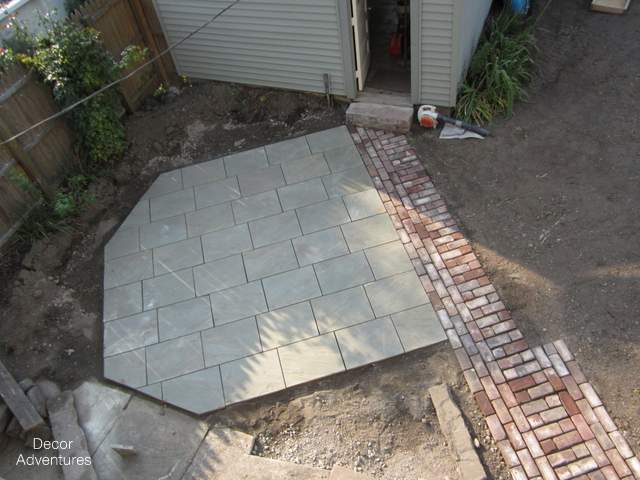 But that wasn’t the final look. The crew had to install the edging of natural river rock and sand in between the flagstone and brick. First came in the rocks. These are various sizes and colors and we had them as the entire edge to the patio, where it meets the landscape. 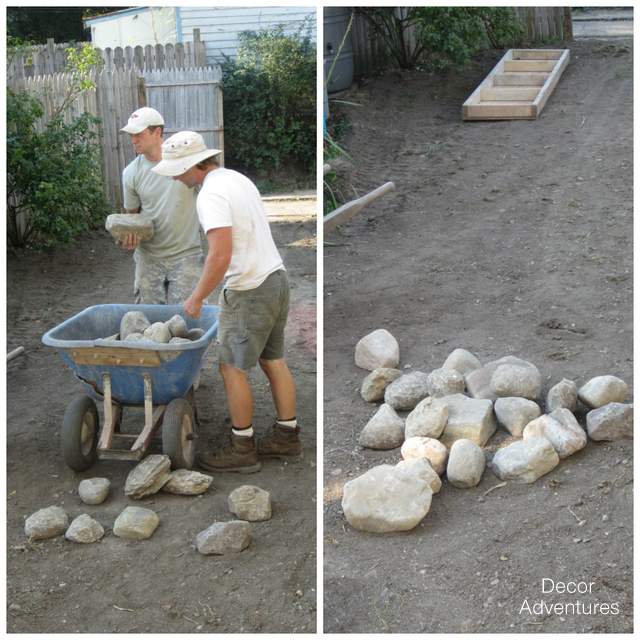 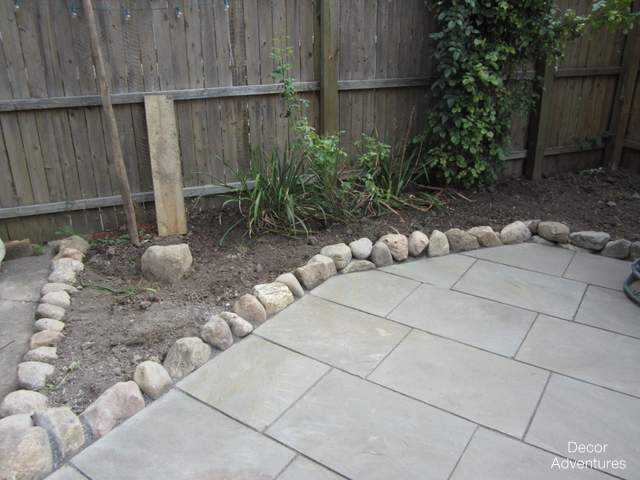 After the rock edging came the polysand. This is the type that hardens into the crevices between the flagstone and bricks, sort of like grout for tile. First they spread it around and then wet it to harden. Of course I was the non-stalker-like homeowner and stood around and took photos of every step 🙂 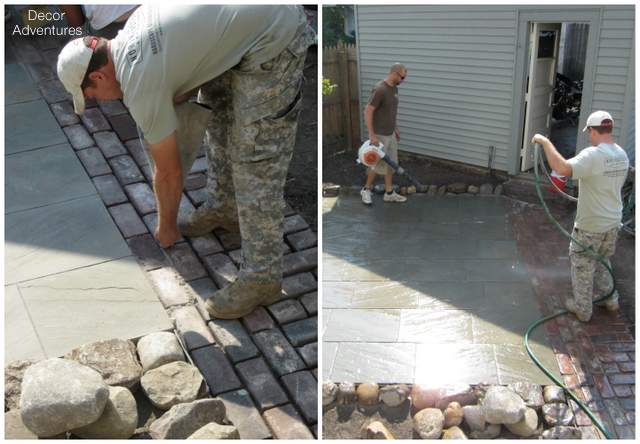 And that was the end of the patio makeover. It looked nice and completed with the edging in, and even though the landscaping is a hot mess, we’re super excited about this major change. 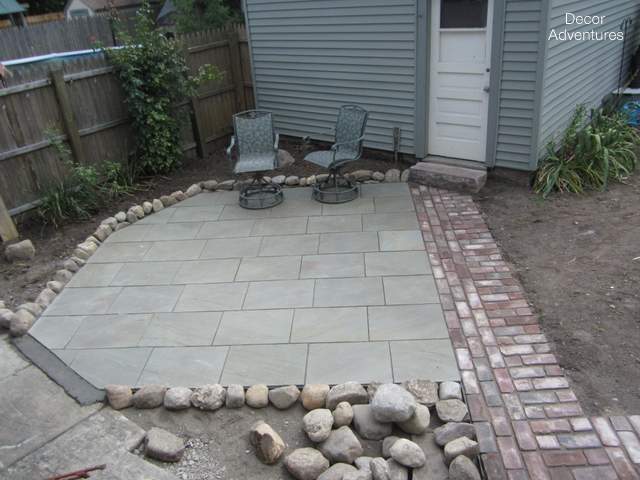 What hardscape companies like to show with this kind of work is what the stone looks like wet, since it brings out the color variations. Here is a shot from when it rained.

In the foreground is where the new deck will go so it’s unfinished there for the moment. We’ll have a small patch of landscape there too. 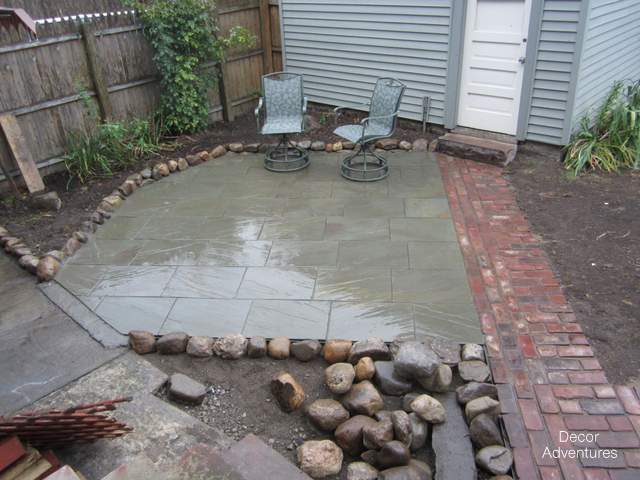 This was our fabulous crew. Can you believe only 3 guys did all this work? This was actually a small job for what they usually do, which is entire outdoor kitchens, fireplaces and large outdoor areas. They were so happy to pose for me 🙂 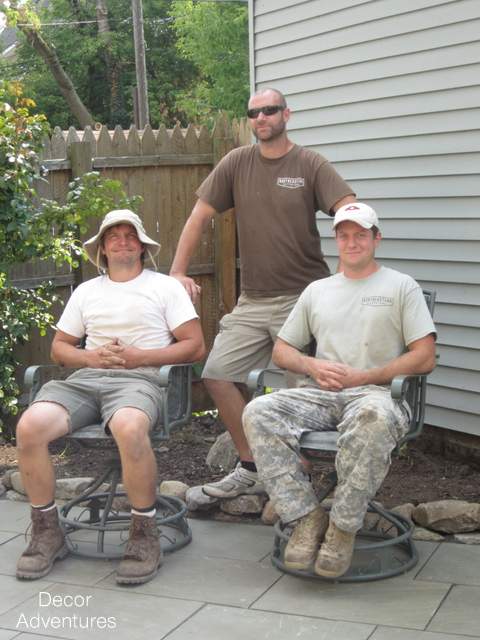 Their work was done but ours was just starting. We had the entire lawn the edge and grow, plus the landscaping.

Dan loves to do this kind of thing. He was a landscaper himself in his teenage years. Great skills to have, so I let him go to work on the yard. First up, edging and making a plan for where the plants will go and where the grass will go.

So he took a pole and literally drew in the dirt. With a shovel, he dug in and created an edge between the lawn area and garden. 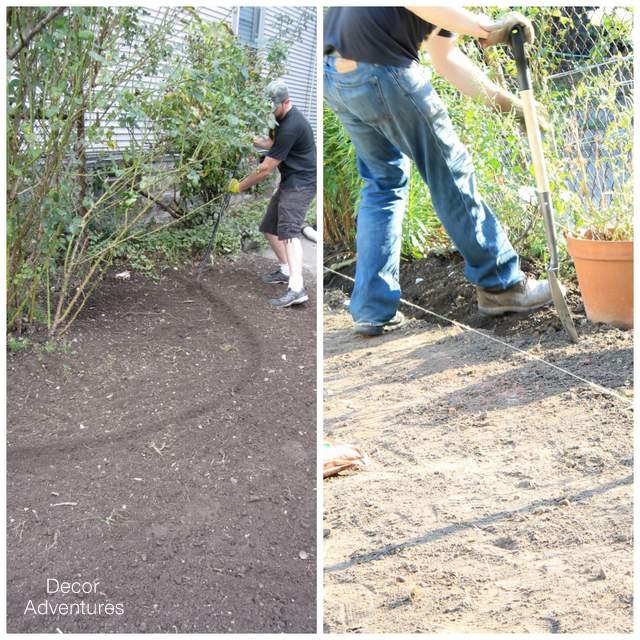 After that was topsoil and grass seed. Exciting stuff! 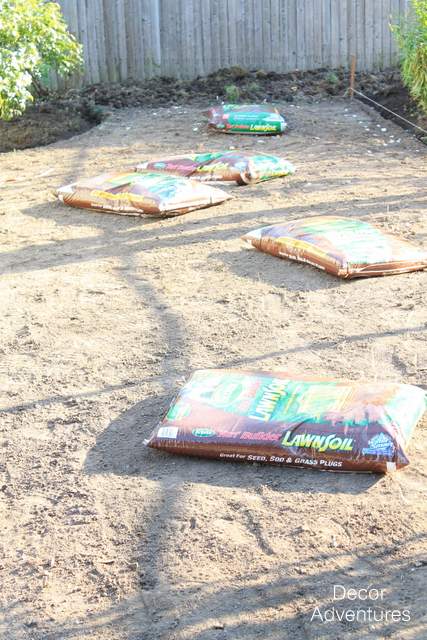 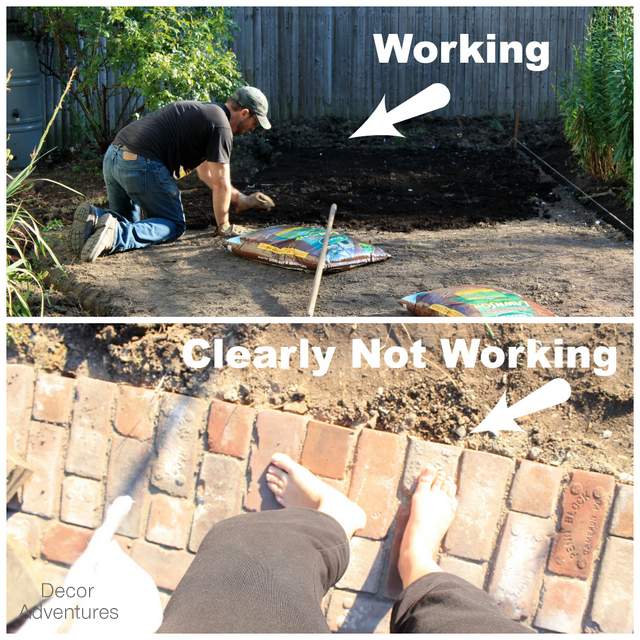 And just for fun I made an animated gif of our lawn seed spreading adventure. I’ve never made one before, so I hope it works! {Tell me if it does.}

P.S. Did you know that to day is Friday the 13th and it’s a full moon? At least here in Western New York. And that won’t happen again until 2049, spooky!