This past weekend we celebrated my sister and brother in law’s housewarming and baby shower combo party. They are expecting their first in about a month (my first newborn nephew), so being the crafty aunt I am, I had to make them something special for the little man on the way. Since they just moved into their first home too, a DIY growth chart was the perfect baby shower gift, then they could mark how big their babies get and take it with them if they ever move. 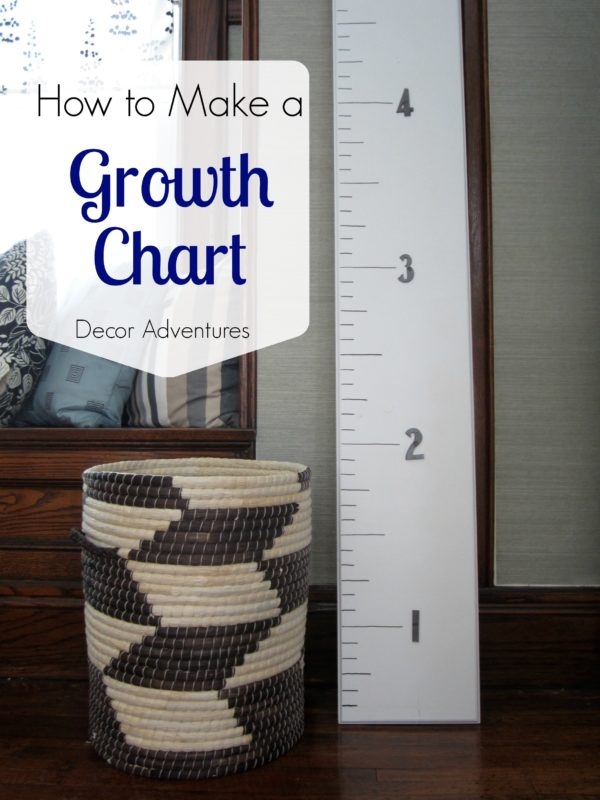 This project is really simple actually and took very little time. Here is how to make a DIY growth chart. Your supplies include: 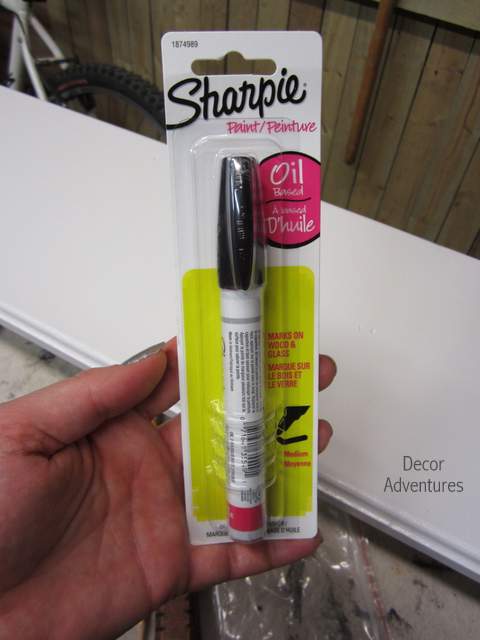 I didn’t take a picture of the board before, so we’ll skip right to preparing it for paint or stain. Dan routered all four sides of the board to give it a little something special, but of course that is not necessary. We just happen to have the router so we wanted to use it, it’s quite handy actually.

Then I got to measuring. This growth chart is meant to hang on a wall so that means the bottom of the board starts at 6 inches, since when it’s hanging, you need to account for the baseboards in your room. Then basically you’ll have six feet and six inches of child to measure and chances are they won’t get taller than that!

To measure I marked with a pencil every inch on the board. To differentiate the lines, first I marked the foot lines and made that mark longer than the rest at 4 inches. The half-foot lines were 3 inches, the 1/4 foot marks were 2 inches and all the rest of the marks were 1 inch. I felt like this separated them enough and would look like a real ruler. 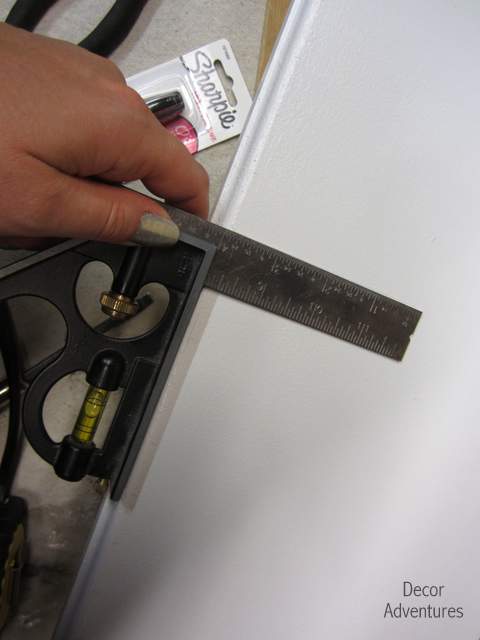 First I traced the foot lines, then went back and did the ones in between. I guess you could do all the lines from the top down, but make sure you don’t put the heel of your hand in wet marker when tracing them! {I didn’t do this, but realized it could be a problem!} The number below is just for placement. 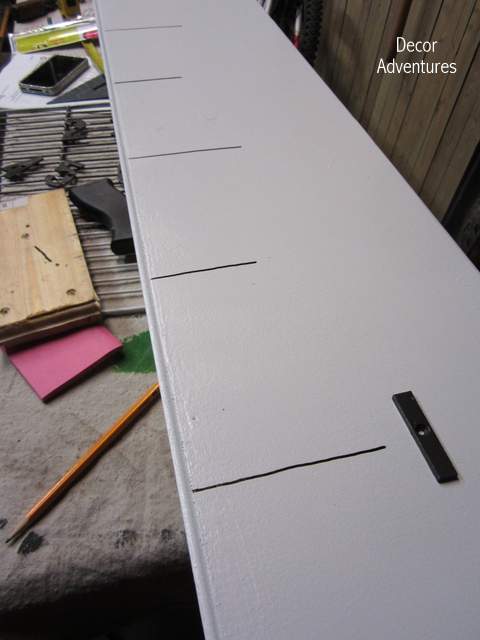 The numbers I used for this were ones I had on hand from a flea market visit. Although you could use stencils, stickers or transfers of some kind, I bet they would work great. I spray painted them in a charcoal grey so they would stand out. 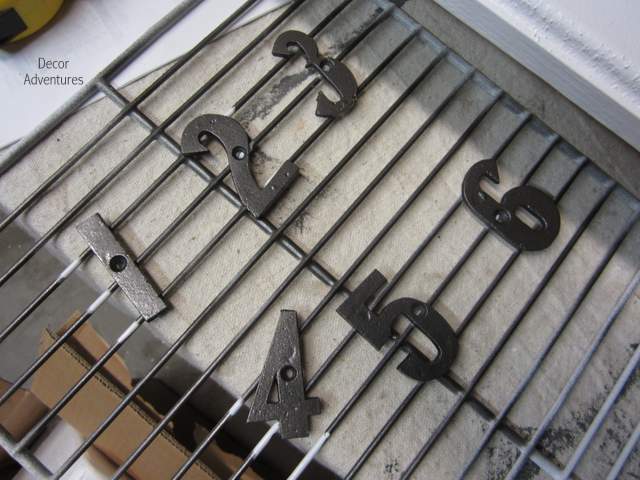 After I had all my lines drawn, I screwed in the numbers starting with 1 at the bottom of the chart and I was pretty much finished! The longest part of this was painting the board actually. The measuring of the lines and drawing them with the paint marker was pretty quick too. 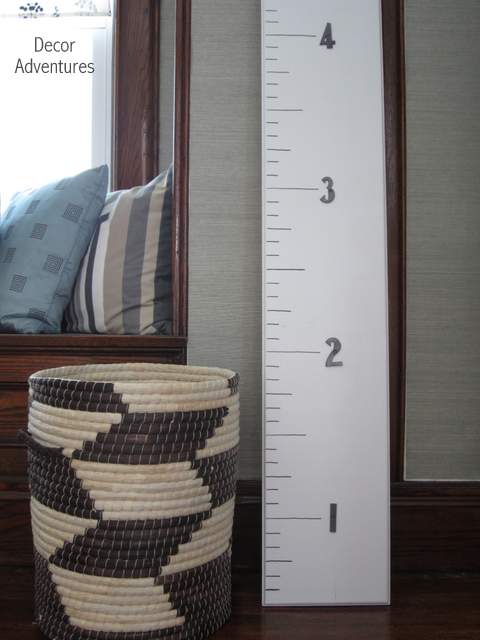 I think it came out so good! And on the back we wrote a little message for when Baby D gets big and we can tell him how we made the board, we’ll all remember when it was. Apparently I write crooked with a marker? 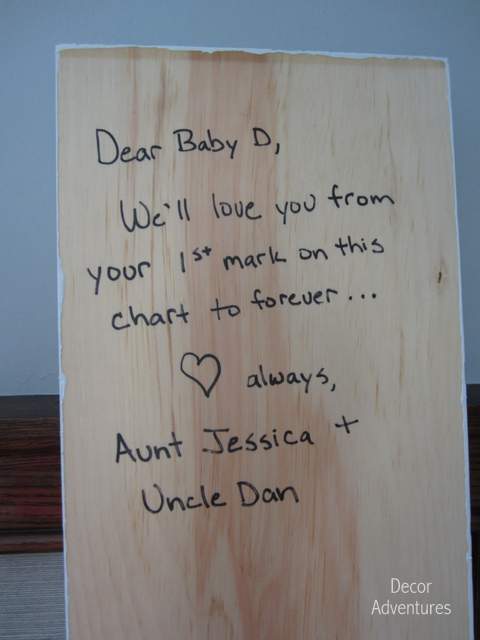 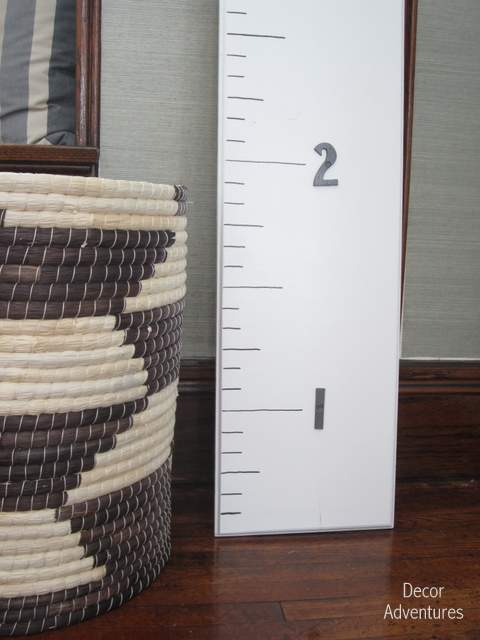 Total cost of this was about $25 for the board, paint and marker; I had all the rest of the supplies. I loved using the paint market too, it was my first time trying out a paint marker and I might be addicted! I picked it up at Michaels, they have a huge display of these Sharpie markers in both oil and water based for different projects. I’ve been wanting to try one out on a wall. Maybe soon.

Here is a close up of the numbers and lines. Remember to spray paint your screws if you have screw in numbers, like house numbers would work well too. 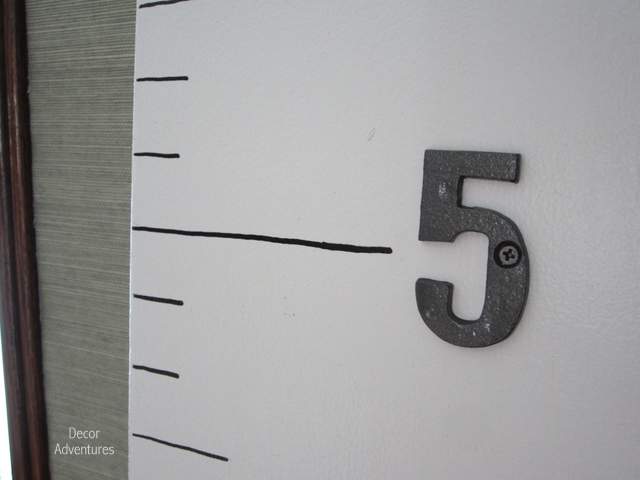 What I also plan to do is get straps to hold this to the wall so when it’s hung the baby won’t pull it down or it won’t fall, like these. And I’ll get my sister an oil-based market to write on this so it lasts. Here is the happy couple with their new {large} present. 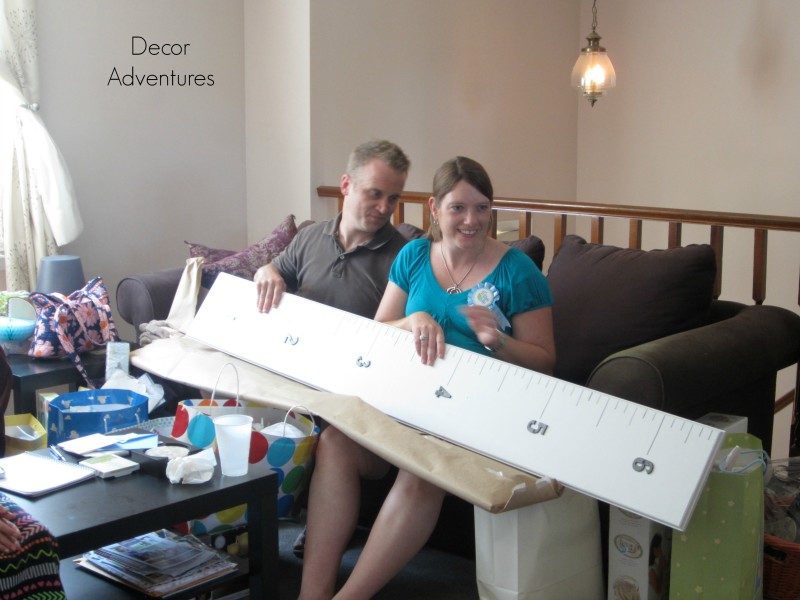 Did you ever make anything for a baby shower?